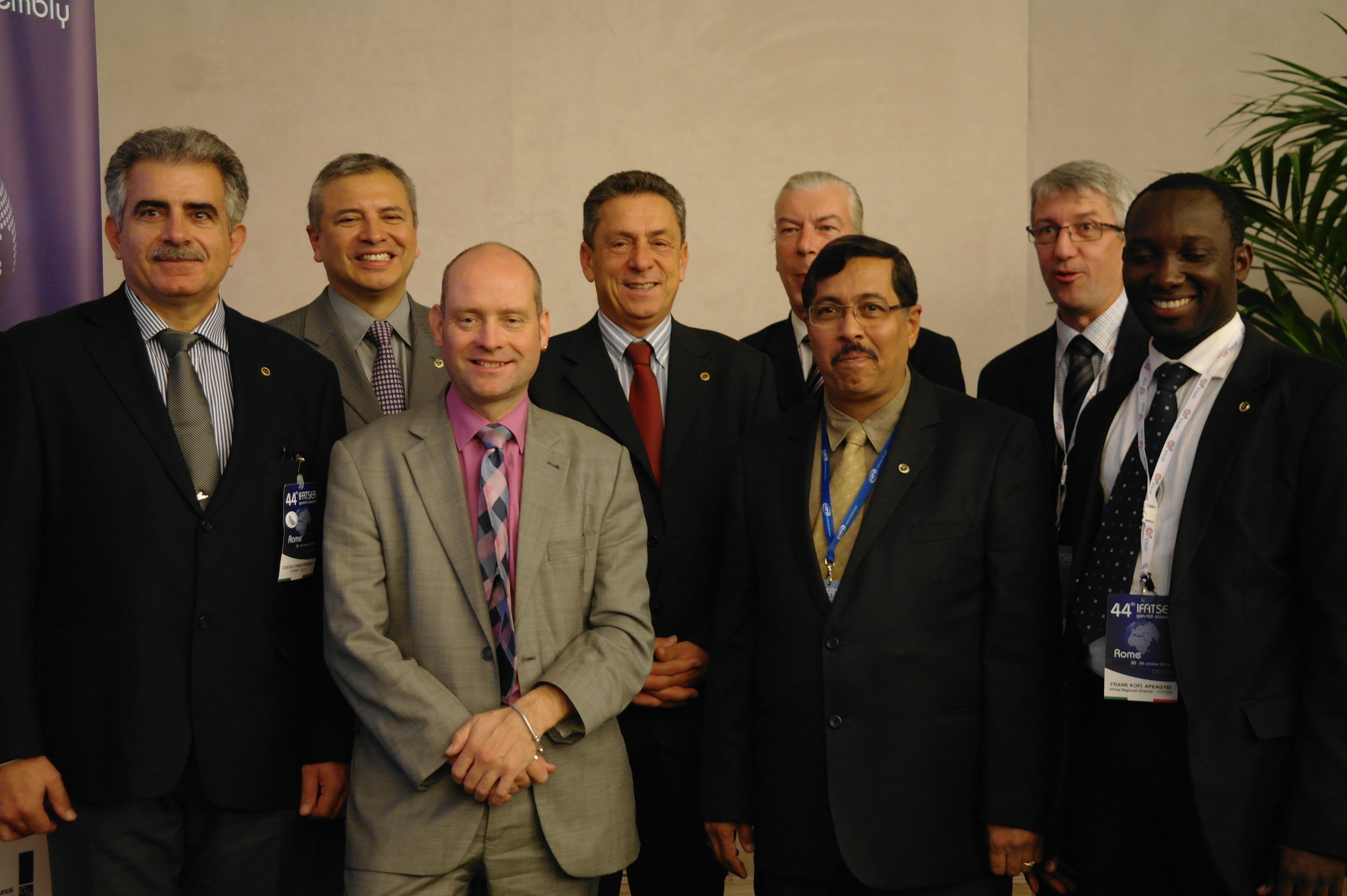 The 44th IFATSEA General Assembly concluded on Friday 24th October. IFATSEA continues to grow with the Assembly accepting the recommendation of the Executive Board to admit our latest affiliate, ATSEPMONT of Montenegro.

Under our constitution this was an election year with the posts of President, Executive Secretary, Director Europe and Director Asia-Pacific up for election.

After 16 years as a member of the IFATSEA Executive Board, 8 years as Vice-President and 8 years as Executive Secretary Dany van der Biest has stood down from office. The Board and the Assembly thanked Dany for his huge contribution to the work of IFATSEA over the years and presented him with a small gift in appreciation.

Both Daniel Boulet and Subit Kobiraj are re-elected to serve a further term of office in the roles of President and Director Asia Pacific respectively.

Dany van der Biest is succeeded in the role of Executive Secretary by Thorsten Wehe, Germany who consequently vacates the position of Director Europe, to which he is succeeded by Costas Christoforou from Cyprus. Congratulations to all our newly elected Officers.

IFATSEA wishes to place on record our grateful thanks to our hosts IFSA for all their hard work, dedication and good humour in supporting the work of IFATSEA.

A study on human factor issues of ATSEPs was suggested by IFATSEA in the Twenty-third Meeting of the Communications/Navigation and Surveillance Sub-group of APANPIRG CNS SG/23 at Bangkok, Thailand, during 2-6 September 2019 through WP 19 on agenda item 9: Human Factors and Air Traffic Safety Electronics Personnel (ATSEPs) related training. The CNS SG fully […]
Read more...

Dear IFATSEA Member Associations! I like to inform you about the latest developments of IFATSEA at the International Civil Aviation Organization (ICAO). We are doing big steps ahead in highlighting the importance of the profession of ATSEP in Civil Aviation in ICAO. ICAO Personnel Training and Licensing Panel (PTLP) After an extensive exchange of letters […]
Read more...